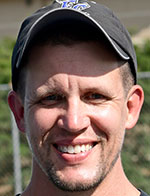 Coach Borzok is in his third year as head coach of the Wellsboro girls tennis team. He is a 1999 graduate of Wellsboro High School, where he participated in cross country, track, and tennis.

Upon graduation, Coach Borzok attended Elizabethtown College and obtained a degree in physics education. Coach Borzok was a member of the Elizabethtown College varsity tennis team all four years, playing both singles and doubles, and was a team captain his senior year. After leaving Elizabethtown, he taught physics and other STEM courses for 12 years at Bohemia Manor High School in Chesapeake City, MD. While at Bohemia Manor, he was the head varsity tennis coach from 2005-2015 and the assistant boys soccer coach from 2012-2013. His tennis teams won over 100 matches and one division title, and he was named All-County Tennis Coach of the Year 4 times. During this time, he also obtained his tennis teaching professional certification through the Professional Tennis Registry (PTR).

In 2015, Coach Borzok and his family moved to the Columbus, OH area where he taught physics, robotics, and engineering at Rutherford B. Hayes High School in Delaware, OH, and his wife, Maegen, worked as an Assistant Professor at The Ohio State University. In 2019, he and his family relocated back to Wellsboro. Coach Borzok and his wife have one son, Declan, who attends Wellsboro School District.